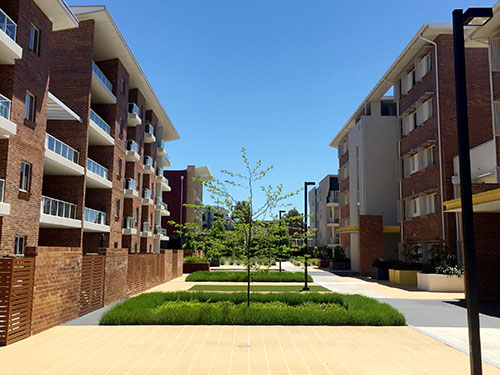 The transformation of social housing

The future of social housing is currently re-emerging as a matter of intense debate. Problems of housing affordability and accessibility have become more pressing in the wake of the Global Financial Crisis in many places, fuelling debates on the provision of inexpensive and de-commodified housing. This stands in sharp contrast to the long-term decline in social housing in many contexts since the late 1970s. Housing policy has overall moved away from bricks and mortar to individual subsidies and towards more market-oriented provision models. The privatization of social housing units has occurred alongside the liberalization of rental and credit markets and declining public investments in decommodified housing. This has led to considerable changes with regard to the role of social housing in the wider housing system, how the sector is provided and for whom.

This virtual special issue, put together from papers published in the International Journal of Housing Policy, provides an international perspective on the transformation of social housing prior and after the Global Financial Crisis. It brings together research on twelve countries on five continents. In selecting the papers, the aim was to collect research on different aspects of this multi-faceted phenomenon. The first paper by Malpass and Victory (2010) focuses on the changes in English social housing since the 1980s. It does not only present relevant policy changes in the English case, but also provides a broader framework for conceptualizing such changes. Elsinga, Haffner and van der Heijden (2008) analyse the transformation of the Dutch social housing system prior to the crisis of 2007/08. They evaluate whether the Dutch unitary rental market is threatened by EU competition policy. Ball (2009) considers the French case. Her paper focuses on the exclusion of disadvantaged people from social housing and how an insider/outsider dynamic characterizes the French system. The paper by Lawson (2009) looks at the evolution of social housing provision in Switzerland. Taking a long view, she traces policies from the 19th century until the mid-2000s, detailing the specificities and changes in relevant policy instruments. The papers by Grander (2017) and Andersson & Turner (2014) consider the Swedish case. Grander explores the decline of public housing from a universally accessible to a more targeted sector and discusses the contradictions arising from it. Andersson & Turner (2014) look at the effects of privatization. Their concern is particularly with the social and spatial impacts of the right-to-buy program and how it is fuelling socio-economic segregation, gentrification, and residualisation. Norris, Byrne and Carnegie (2018) focus on Ireland and social housing stigmatisation. They examine three policy strategies commonly used to de-stigmatise social housing neighbourhoods.

Moving away from the European context, Jacobs, Berry and Dalton (2013) focus on the problems, policies and future role of public housing in Australia. They embed the Australian case in the international literature and evaluate policy options for the sector. Darcy and Rogers (2014) also focus on Australia, but on tenant organising. Drawing on the case of public housing redevelopment in Sydney, they show how neo-liberal community building efforts by private capital are undermining tenant self-organising as a collective political project. The papers by Goetz (2012) and Manzo (2014) are on the US. Goetz argues that public housing has become obsolete in functional, economic and political terms. He discusses the social and spatial impacts of the dismantling of the sector during the 1990s until the recession of 2007. This is where the paper by Manzo (2014) picks up. Covering the development after the Global Financial Crises, she analyses how the demolition of public housing affects the lived experience of place and attachment to home among those displaced by such programmes. Vergara, Gruis and van der Flier (2019) consider the case of Chile. They explore the social condominium sector, which constitutes a significant part of housing for low-income households in the Chilean context. The focus is on how, in light of weak government support for the sector, the “third sector” is taking on an increasingly relevant role in managing the properties.

We then move to Asia. Wang and Murie (2011) look at China. They analyse the transformation of the Chinese housing system and discuss new government approaches to support affordable and social housing. The policies are classified  in a framework of market-based, residual and corporatist housing policy models. Chua (2015) focuses on the case of Singapore, where, in a very locally-specific form of public housing, the majority of inhabitants purchase their home. The paper shows how households eye public housing property ownership as a way to fund future retirement needs and analyses the contradictions and problems this produces for the provision of affordable housing. In the final paper, Chiu (2010) analyses the specificities and evolution of Hong Kong’s public housing policies and the transferability of the system to other contexts.

Taken together, the papers collected here do not provide a coherent narrative how social housing has transformed in recent decades. However, they provide a starting point to better understand the comprehensive restructuring of the sector in countries worldwide. The collection shows how multi-dimensional these changes have been. Meanwhile, it also highlights the continuing contextual differences in the definition, structure, policies, and trajectories of social housing in different countries.

The Modernisation of Social Housing in England, International Journal of Housing Policy

The Transformation of Social Housing Provision in Switzerland Mediated by Federalism, Direct Democracy and the Urban/rural Divide

‘A dead and broken system?’: ‘insider’ views of the future role of Australian public housing

Inhabitance, place-making and the right to the city: public housing redevelopment in Sydney

Obsolescence and the Transformation of Public Housing Communities in the US

On uncertain ground: being at home in the context of public housing redevelopment

The role of third sector organisations in the management of social condominiums in Chile: the case of Proyecto Propio

Financialising public housing as an asset for retirement in Singapore